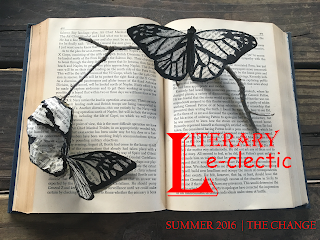 The Change
Adam J. Williams’ The Metamorphosis of Billie Gregor is about a woman that is focusing on her increased sexual desire instead of dealing with other changes in her life.Newdigate Ausley’s Single Occupancy is a story about loneliness and depression that reads like a lyrical poem. Beau Hulgan’s Someone Else’s Fingers, Someone Else’s Toes is about a man dealing with changing technology after a car accident. C.N. Coats’ Fireflies is a punch in the gut story about a boy that needs to get away from his difficult family life.  Arik Skot Williams’ Fruit and Labor goes inside the head of a sinister citrus seller. 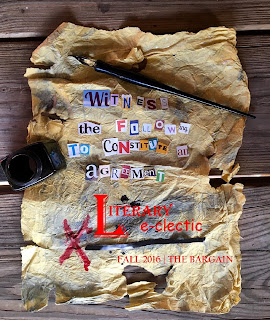 In Adam J. Williams’ The Treehouse, a twelve-year-old is missing, and his classmate finds himself exploring a treehouse in the woods. Beau Hulgan’s Jack’s Zippo is a story about a man trying to trick the devil in his local pub. Juli Caldwell’s By the Bluff has an FBI profiler waiting for a meeting with a serial killer. Charles Kinney Jr’s Dollar Store Whore is a love letter to a store that will let you buy anything for $1. In Cornelius Fortune’s Through an Opening…a man found a hole in his girlfriend’s head and didn’t expect what came next. Kobo 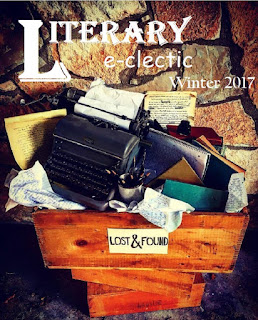  Lost and Found                                                                   In Adam J. Williams’ The Field, a former professional athlete gets lost in a corn maze that he designed. Patricia Correll’s The Woodcutter tells a familiar tale from an unfamiliar perspective. Evelyn Deshane’s Magda Mayfly follows X as he strives for gender neutrality for himself while drawing from an unsolved transgender murder case. Brittany Rohm’s Hitchhiking in Middle Earth, a woman, traveling New Zealand solo, trying to disconnect from the world, finds herself alone in a car with a convict. In Daniel Miller’s Hindsight, a couple finds themselves at an exclusive and mysterious club with a life-changing opportunity.
Free with Kindle Unlimited. 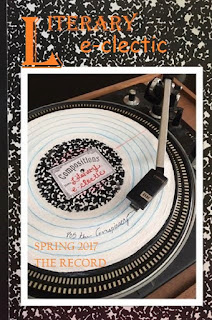 Pamela Jeffs' Chili Juice explores post-partum depression in a super hero mom.
Jon Zelazny's Constant Mayhem is a fictional account of Kit Lambert, the producer of the band, The Who, as he works on the band's next concept album.
Veronica Brush's The 20th Mission is a sci-fi tale that recounts the story of regrets and second chances.
In Adam J. Williams’ The King of Second Place is an Olympic athlete's story as he battles on the track and, once his career is over, in the boxing ring for a charity event.

In the city of Eden, everybody has a story, and they each connect in some way. Candice is dealing with inner demons. If she does not overcome her self-doubt, she will fail in a life-or-death scenario. In an attempt to woo his foster sister, Anders gets suspended from school. While he is at home, he finds a mysterious portal. Virgil is a forty-year-old Boy Scout who's best friend is a head-shaped chia toy. Both of their worlds come undone when the toy is cracked. Leo is a pacifist Emergency Room nurse trying not to use his Free Punch on a deserving co-worker. Bug is broke and recently divorced when someone approaches him for a job as a bounty hunter. The problem is that he is still in love and she is bleeding him dry. Nick is a single dad that has a rodent problem that's ruining his social life.  Tyson is trying to get some work done, and all that he needs is a little help from his dealer friend. Unfortunately, his dealer just wants to be friends. In the first book of the Eden series, these seven characters interact with one another and may not even realize. 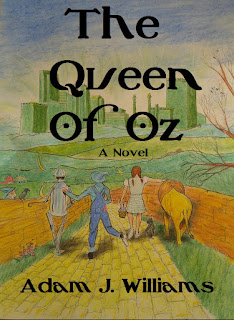 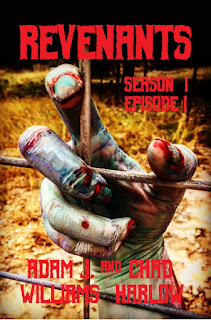 Revenants Season I, Episode I                                              When the zombies arrived twenty-five years ago, the world didn’t end. People adapted and learned to live with them. There are two varieties of zombies. Gerries wander around slowly and aimlessly. Renals are always at an eleven. The only thing that they want is to eat, and they always sprint towards that goal. But now, a new variety has surfaced: Revenants. These are zombies that retain their memories and personalities from when they were living. Elliot is a Revenants and isn’t interested in killing. But he has to fight for everything. His job, his house, his life. He has publicly come out in hopes of having others do the same. Bonnie is a teenager with a lost past that wants nothing more than the complete eradication of every zombie. Ray was a teacher that ended up in jail working as a zombie killer for a work release program. Patrick is a self-made man that’s been searching for his missing sister for twenty-five years. None of them are prepared for what is about to happen. Combining the episodic nature of TV with the in-depth characters found in novels, if you like the Walking Dead and LOST, you’ll love this series that combines suspense, action, and fear of the unknown.
FREE  on  Kobo, Barnes & Noble &  Smashwords 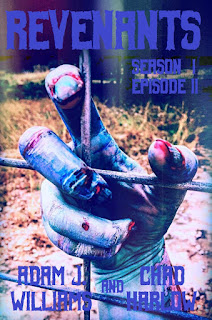 Revenants Season I, Episode II                                             Elliot is a Revenant —a zombie that kept his humanity—and a vegetarian that’s not interested in eating people. On the same day that he made his first public appearance, a switch was flipped, and the world changed. Bonnie and Tyler are teenagers in love. They’ve lost everything and are running for safety when they encounter a stranger. Ray is now the protector of a boy, Little Mike. As they make their way to Ray’s house, neither are sure if they are ready for what’s inside. Patrick awoke with no signs of the Survivors of Rathe. He leaves the safety of his home to search for them, only to end up someplace unexpected. Julie was at work in the TV studio when she realizes that it’s been overrun by zombies. Combining the episodic nature of TV with the in-depth characters found in novels. If you like the Walking Dead and LOST, you’ll love this series that combines suspense, action, and fear of the unknown.                                                                         $2.99  on Kobo, Barnes & Noble &  Smashwords